The MUN Calendar of Turkey!

The MUN Calendar of Turkey! 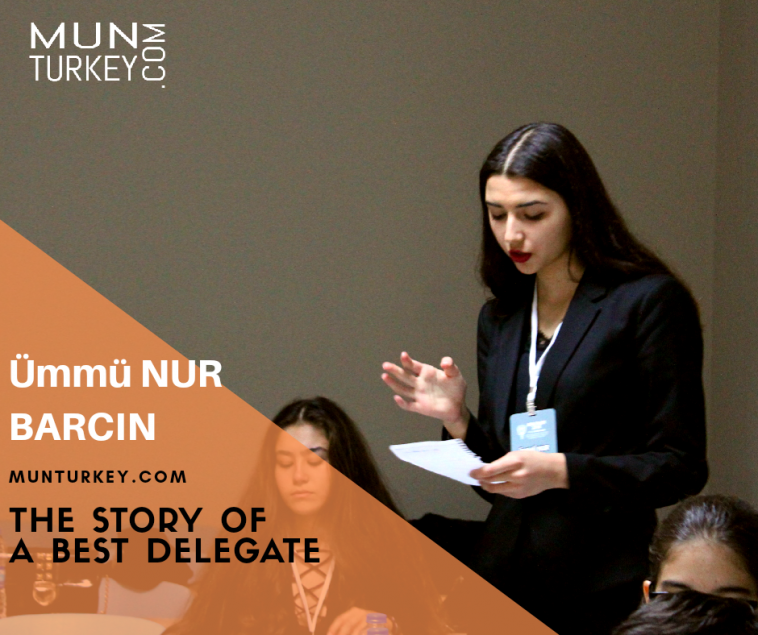 The Story of a Best Delegate by Ümmü Nur BARCIN

First of all, I want to start with introducing myself. My name is Ümmü Nur Barcın. I am a student at a High School in Antalya. Such adjectives as an art lover, bookworm, coffee-addict and MUNer would definitely define me.

I have started to MUNing last summer with the UNHRC Committee. I was so shy and I didn’t know anything about the rules of procedure of the conference. Honestly, I was praying on my own like “Please chair, don’t pick me randomly” as a real first timer. In my second MUN, I prepared myself well and got mentioned award. In my third MUN experience, I have a comprehensive knowledge of procedure. I gave many speeches, helped my MUN friend to write a resolution, and thus I’ve learned how to write a resolution. Then he won the Best Delegate Award and I won Outstanding Delegate Award. Basically, I had improved myself gradually. Now I am starting to talk about “How I won the Best Delegate Award? “

When I received my allocation I was shocked. The Committee was DISEC and the country was Syria which has a civil war and many problems. Then I thought like “Forget all the awards just read your opening speech then go to your home”. But I realised that I just need to get well prepared. 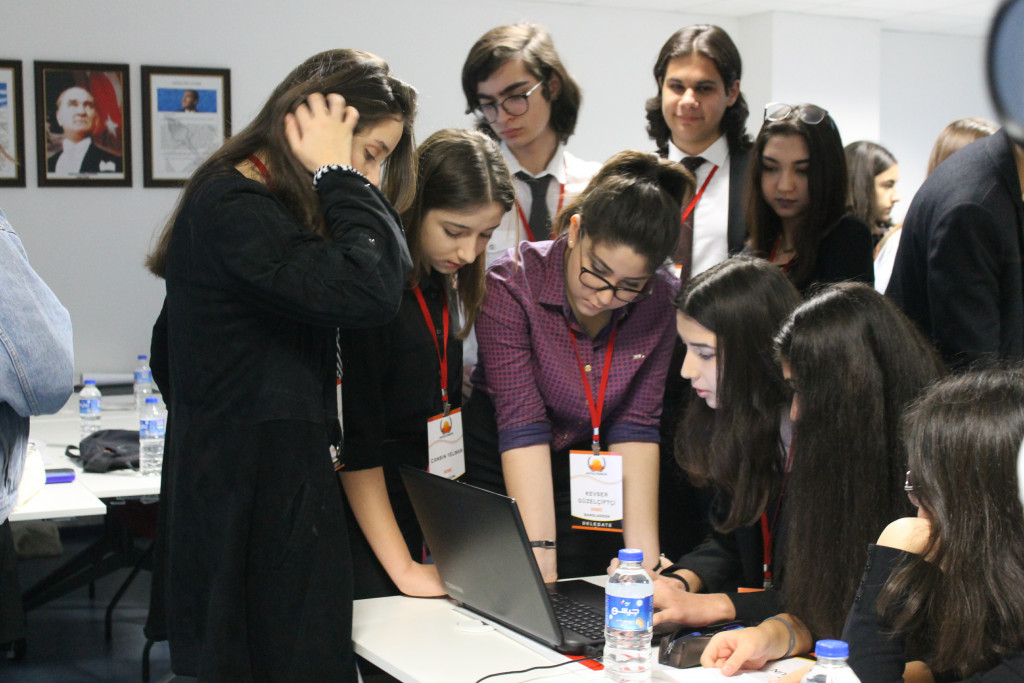 First of all, I do research on the countries’ general policy and current situation. To be honest, I don’t read the study guide completely most of the time. I just read titles then I search about them.
Another important thing is searching about countries’ policy on the topics. Find your countries’ past actions about this topic and write speeches about them. After doing research on the process, the most important one is the solutions. You need to think a lot about your solutions. Solutions have to be efficient and applicable. 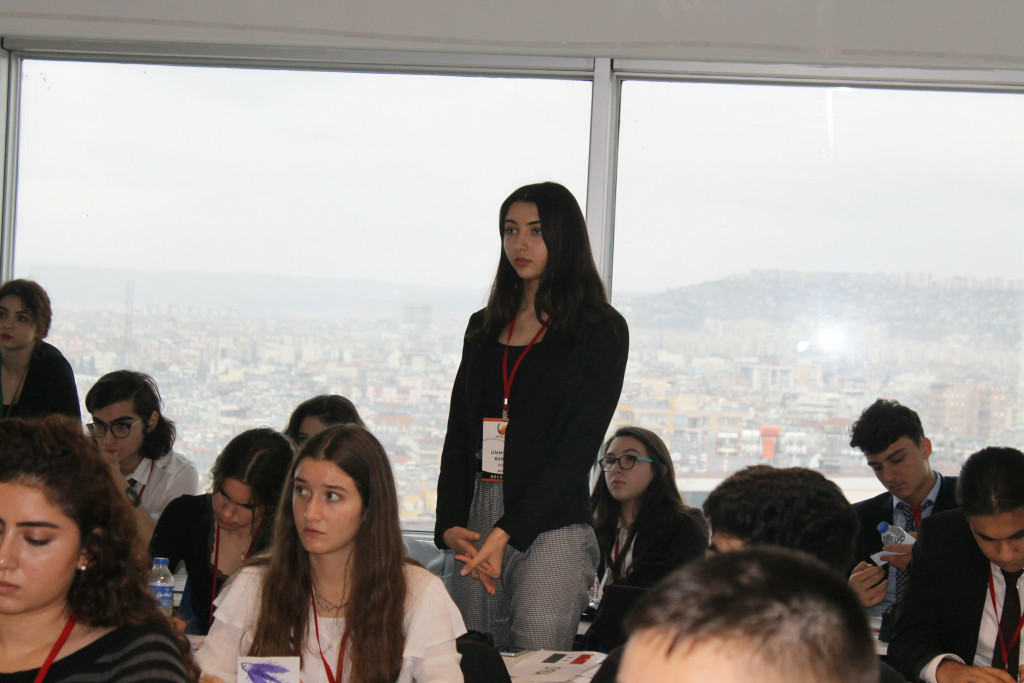 I had tried to be active in the committee. I had given speeches in the moderated caucuses as much as I could but I did not repeat my previous sentences or another delegate’s sentences in my speeches. I always added my name to the General Speakers List. If I had important things to say, I sent message paper to my chair which says “We would like to be in the top of the

Another important thing is lobbying. I listened to the other delegates and sent message papers that have a similar policy with my country. 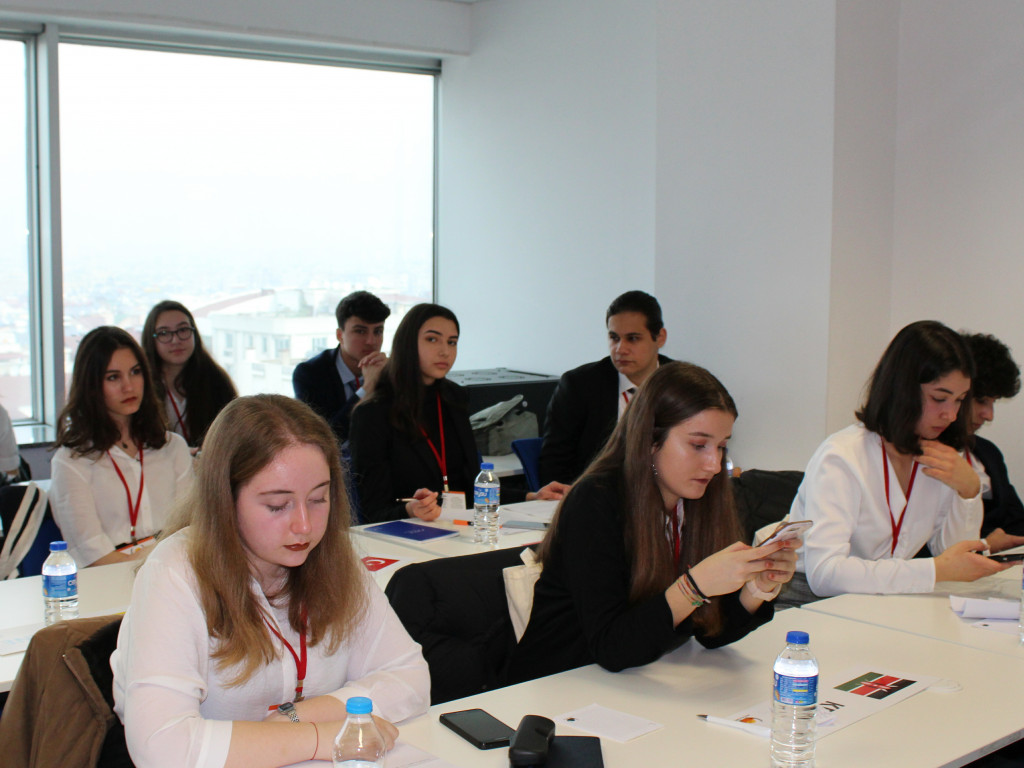 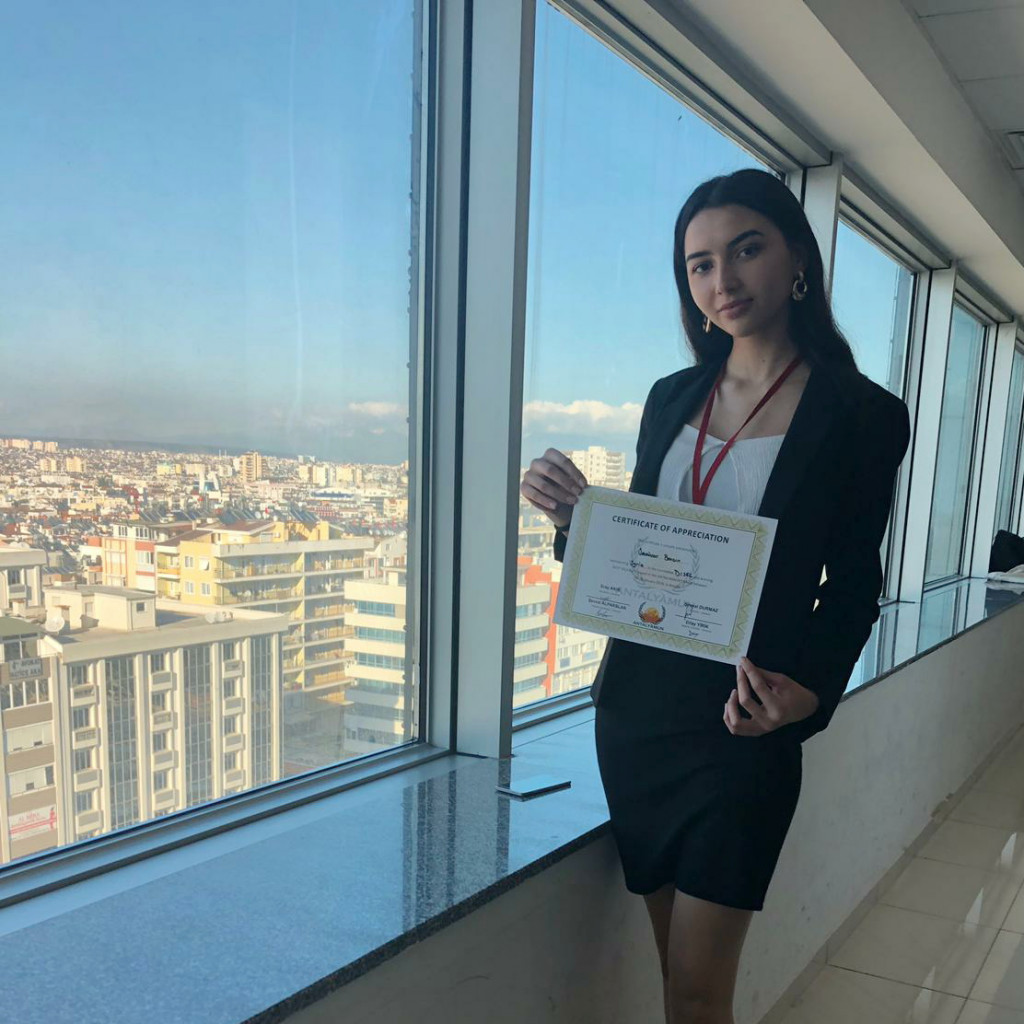 I had struggled for getting an award against all the odds then I won the Best Delegate Award. In addition, I learned that it doesn’t matter what is your country or whether your resolution paper passed or not. Your speeches matter as well as defending your countries’ policy properly and your efficient solutions. Just trust yourself and do your best! I hope that this article will inspire you.

The Guest Writer of MUNTurkey.com

Get the latest MUN updates straight into your inbox!

What do you think?

Browse and manage your votes from your Member Profile Page 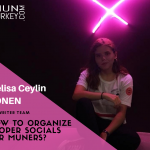 Don’t miss out on new posts

There are no users currently online 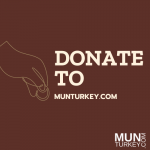 Back to Top
Close

Your password reset link appears to be invalid or expired.

Get the latest MUN updates straight into your inbox before everyone else!

Don't miss out on new posts!